The Stockholm Sleuth Series is my contribution to the Swedish crime literature. The first book is "VANISHED?“

Already for a long time I have been a great fan of Swedish crime-fiction and had therefore planned for quite a while to write a novel about a case in Sweden evolving into a thrilling story. However, I avoided the shocking brutalities as they are common to most Swedish crime-fiction - instead I added a flavor of romance. In my thriller it comes to a number of surprising turns giving new impulses to the story. Apart from that, the lovely country Sweden is  described with the view of a foreigner. 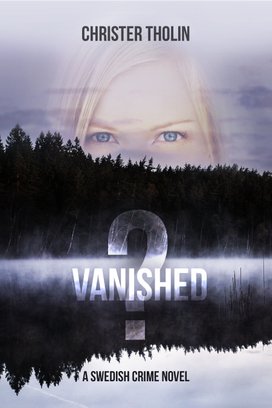 Narrated by Edward J. Beesley with distinct voices and complemented with sound effects.  Read the review:

Can be ordered from many shops: 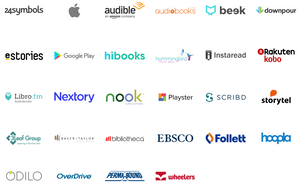 “He could only hope he’d get out of here in one piece.”

She: a very hot 30 something Swedish woman. He: a native of Berlin, on vacation in rural Sweden, seeking solace for his broken heart. They meet. He finds her irresistible. But before their relationship can get off the ground, she vanishes mysteriously, having apparently been abducted. So Martin sets out to rescue Liv from her captors, with the aid of two Swedish detectives in a race against time – and across Sweden. In so doing, Martin and his intrepid detective duo put their very lives on the line.

VANISHED? is the first book in the Stockholm Sleuth Series and where we meet the two private investigators, Elin and Lars. If you like fast action and surprising twists, then you'll love Christer Tholin's Swedish crime novels.

The second English edition was edited and partially retranslated by Doreen Zeitvogel and is an improved version in all aspects.

In the back of his book Vanished?, author Christer Tholin states that he always wanted to write a Swedish drama, and he's done just that. We meet Martin, the main character, as he travels to Sweden on holiday shortly after his divorce. He needs time alone to think. He meets Liv, a Swedish lady he's very attracted to, but after inviting him for coffee, she is nowhere to be seen when he arrives. He returns to her house the next day, but there is no sign of her. He's attacked, tied up by an unknown intruder, and later, when he reports this to the police, they take no interest. Not content with leaving his questions unanswered, Martin goes in search of Liv in Stockholm, and then hires private detectives to help find her. Without giving any spoilers away, we meet three new characters, including Elin from the agency, who in fact for me becomes the star of the book. I enjoyed her sense of humour, her innovative ways of discovering information in unlikely places, and how she persuades her partner to help solve the case.

I chose Vanished? by Christer Tholin to review because I enjoy stories set in Sweden and its neighbouring countries, and often watch them on television. This book did not disappoint, although it could be described as a cosy mystery. While there was a crime to solve, the hero, Martin, is sensible and does not act out of character. He is a lawyer based in Berlin and does not morph into a Rambo character, but correctly and realistically leaves the case to the people he's hired to solve it. The characterisation is excellent, I grew to like all of them and could identify with them. This is a down to earth story, both believable and entertaining, and I read it in one sitting. It flows from beginning to end, has been translated into correct English, and I think is worth every one of the five stars.

Vanished?: A Swedish Crime Novel by Christer Tholin is the nail-biting first instalment of Tholin’s gripping Stockholm Sleuth series that should not be missed. Vanished?: A Swedish Crime Novel takes us, voracious readers, on a path brimming with unforeseen twists and turns as our unlikely trio work to unfold a daunting and dangerous mystery. I love the way Martin jumps in, full reigns, to save a woman he hardly knows, all while dealing with his own personal trauma. I was captivated thoroughly from the first page needing to turn the pages faster and faster as I was drawn in by the chilling storyline! ….

Listed on the following websites: